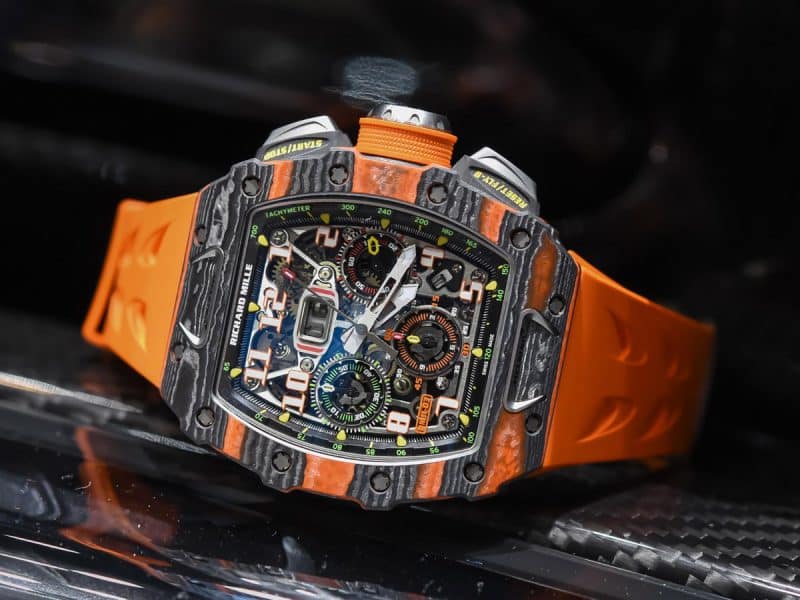 Taking performance to extremes. A concept that both Richard Mille and automotive giant, McLaren, clearly embrace when designing and creating their luxurious timepieces and vehicles respectively. The brands are meticulous in their attention to detail and push the limits of technology in their passion to achieve perfection.

Richard Mille signed a 10-year partnership with McLaren F1 Teams in 2016. This collaboration has developed, with the fine watchmakers going on to work more specifically with McLaren Automotive.

The partnership, centred around perfection and luxury, makes a lot of sense. These pioneering companies are both renowned for their innovative designs, precision engineering and use of new materials. Their combined knowledge, expertise and passion pushes boundaries and makes for ever greater products for their customers. 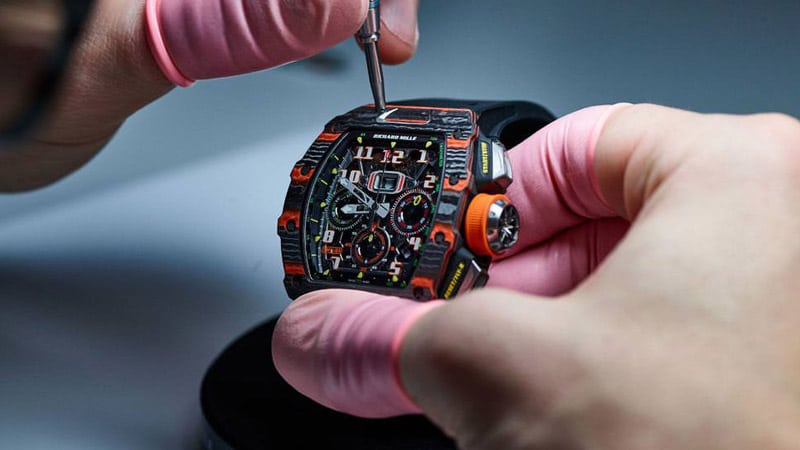 McLaren was the first constructor to introduce an all-carbon fibre monocoque to Formula 1 in 1981, revolutionising the sport. It was a high-tech material that was lightweight yet sturdy, reducing the weight of their cars, without compromising on performance. The McLaren F1 road car debuted in 1993 with a carbon fibre chassis – the company has not built a car without it since.

The fine watchmaker has always endeavoured to apply techniques and materials found in the most innovative sectors, such as Formula 1 cars production, to their own. Their ethos is to create extreme timepieces that are uncompromising and gimmick-free.

There are so many similarities in the way we approach a problem, such as saving weight, reducing vibrational impact and resistance. Richard Mille really sets out to take performance to extremes, as do we.

Both the McLaren Group and Richard Mille brands invest heavily in research and development to keep pushing the limits within their industries. Function definitely supersedes form. Every component used in their products serves a very specific purpose, meeting the highest standards of security and precision.

The stunning beauty of so many of their timepieces and collection of supercars and sportscars is a product of thoughtful and methodical design.

McLaren Automotive incorporates a number of Formula 1 technologies and developments into their racing and touring cars. In 2017, they launched models including the second-generation Super Series, the 570S Spider and the McLaren Senna.

A year later, they introduced us to the 600LT and the incredible McLaren Speedtail, their first ever Hyper-GT. This is the most aerodynamically efficient car ever and the fastest McLaren to date.

2017 also saw the first watch resulting from this prestigious partnership, the RM 50-03, the lightest mechanical chronograph ever produced. Only 75 were produced. In collaboration with the University of Manchester, they introduced an entirely new material into the world of watchmaking, Graph TPT®, containing the revolutionary substance, graphene.

Graphene was first isolated by Professor Andre Geim of the School of Physics and Astronomy, a discovery that led to the prestigious 2010 Nobel Prize in Physics.

The second timepiece they produced together is the RM 11-03 Automatic Winding Flyback Chronograph McLaren, at the 2018 Geneva International Motor Show. This collection was limited to 500 pieces worldwide.

The partnership between Richard Mille and the McLaren Group seems a very natural one and keeps flourishing. They share a passion for developing products that constantly redefine the future of the horological and automobile industries.

These objects are something you choose because of the excitement, it transcends logic.

Check out the selection of Richard Mille watches available to purchase now at Global Boutique.

Next post We’re Ready for the Holidays, Are You?

A luxury watch costs thousands, millions even for the rarest and unique pieces. With …

Audemars Piguet – The Masters of Complications