Audemars Piguet – The Masters of Complications 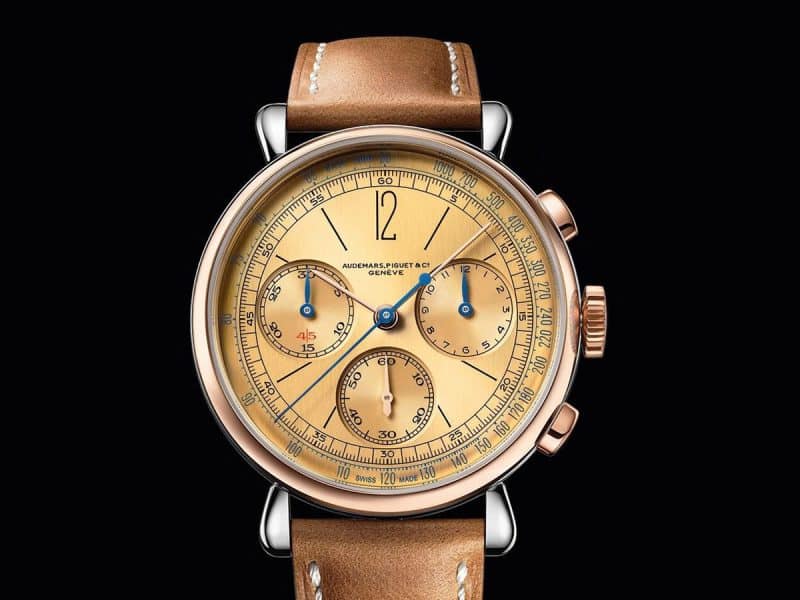 Audemars Piguet has spent nearly 150 years mastering the art of watch complications. Producing these unique movements through a combination of tradition, innovation and inspiration is the ultimate display of their savoir-faire.

Creating luxury timepieces with additional functions to just telling time is what the haute horlogerie companies are renowned for. It’s partly why their products are so expensive and cherished. Only the very best artisans have the knowledge and resources to design timepieces featuring complications – displaying more than hours, minutes and seconds.

Assembling these mechanical movements requires high precision engineering and technical excellence. Hundreds of components have to be arranged in a limited space. They all have a specific function so they have to be fitted and synchronised to perfection. 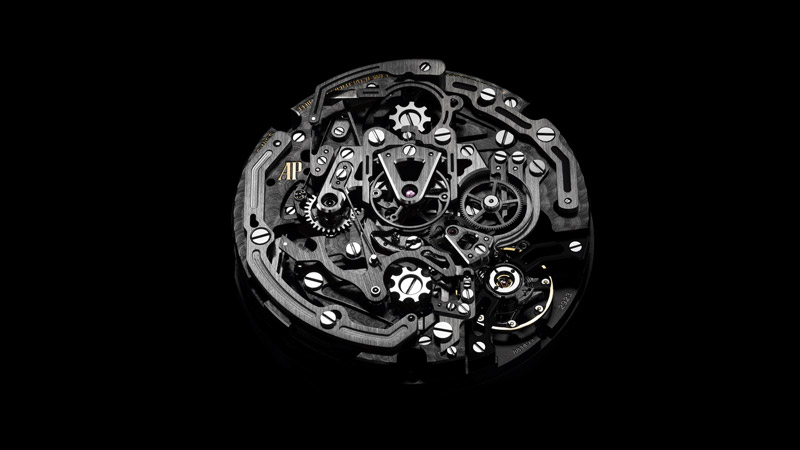 In the workshops of the Vallée de Joux, the mechanical movements will be assembled, then dismantled up to three times before the piece is declared complete. In some ways, it’s to be expected for a timepiece expected to last for generations.

The Royal Oak Grande Complication is a great example of the quality and precision of an Audemars Piguet wristwatch. Its featured calendar accounts for leap years and moon phases yet the mechanical movement only needs a slight adjustment on the 1st of March 2100. Activating the correctors on this date will readjust the watch for the next century!

From the beginning, the Swiss brand has specialised in perpetual calendars, chronographs and chiming watches. These feats of complication have uncompromisingly looked at the past, while anticipating the future.

Ten of Audemars Piguet’s vintage chronograph wristwatches are on display in their Musée Atelier. These chronographs are rare and highly prized, with only 307 items produced before 1980. The family-owned company originally moved to Geneva to be closer to their end clients, easing distribution across the world.

These retailers helped in increasing sales of the timepieces. From the 1940s, the dial on the chronograph wristwatches highlight this fact with the Audemars Piguet and the retailer’s signatures inscribed on the dial.

The clear night sky of the Vallée de Joux has long inspired the watchmakers at Audemars Piguet. The result? Some of the finest calendar timepieces capturing astronomical cycles such as days, months, years and phases of the moon.

Sound matters to Audemars Piguet. Over the centuries, they have created chiming watches with the crystal-clear sound quality of musical instruments. Chiming complications are in the history of this company.

Using gongs and bells to tell the time goes back centuries. They chimed at specific intervals and were a feature of the old-style clocks, for example. Minute Repeater watches are designed with that same principle in mind, it chimes on the hours, quarters and minutes.

The Supersonnerie collection is an evolution of this most complex complication and took 10 years of research and craft. It features a pure, rich sound but is also waterproof. They consider the Grande Sonnerie range to be the ultimate level in watchmaking technical mastery.

Only a few watches are produced a year as only a limited number of people have the expertise to create them. Each piece is unique as they work with a Swiss artist and enamelist, Anita Porchet, to design the customised dials.

A Grande Complication watch must feature a minute repeater, a split-seconds chronograph and a perpetual calendar. These timepieces are a further mainstay of Audemars Piguet, a spearhead of its production, even during times of crisis. This ancestral craftsmanship from one generation to the next at Le Brassus.

In 1899, they unveiled The Universelle, one of the world’s most complicated watches ever produced. This pocket watch included a movement containing 1,168 parts performing 21 functions.

Audemars Piguet have a strong focus on tradition, intertwined with innovation. As their Head of Complications, Michael Friedman, stated:

Highly finished and highly complicated watches have always been about more than simply telling the time. Today, as we move deeper and deeper into the digital age, the mechanical watch has become one of the few objects of permanence in an era of increasing obsolescence. They are literally created to last ‘forever’.

Taking performance to extremes. A concept that both Richard Mille and automotive …

A luxury watch costs thousands, millions even for the rarest and unique pieces. With …